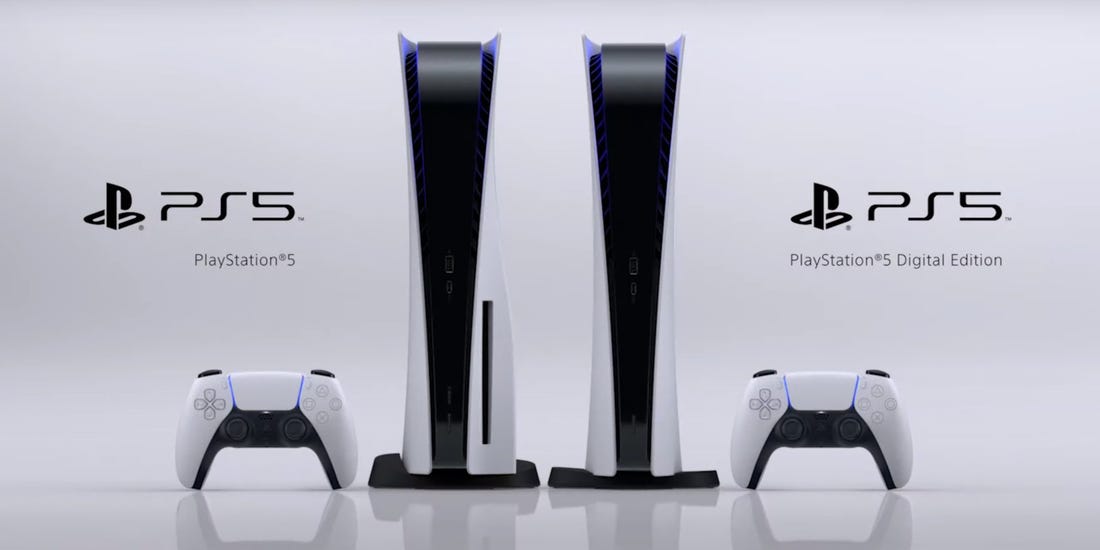 The PS5 will cost $499 in the US and £449 in the UK when it launches at the end of the year, according to somewhat reliable leaker IronManPS5 on Twitter.

That tracks with the rumors we’ve heard so far around Sony’s next-generation games console. But the leaker also revealed that the PS5 Digital Edition will be $100 and £100 less than its disk drive-equipped sibling, costing $399 and £349 in the US and UK respectively.

It’s worth pointing out that IronManPS5 has previously leaked what was claimed to be the price of the DualSense controller, which the leaker said will cost $59.99 and £54.99. And IronMan PS5 also noted that the PS5 will launch on November 20. However no sources were mentioned, and IronManPS5’s reputation as a fully-reliable leaker has yet to be established. So do take such leaks with a pinch of salt.

Sony Interactive Entertainment will launch PlayStation 5 in several countries in the holiday season of 2020 and will make PlayStation 5 available in North America and Europe on November 20, 2020 at a recommended retail price (RRP) of $499, €499 and £449

41 people are talking about this

Sony Interactive Entertainment will launch a Pulse 3D Wireless Headset for PlayStation 5 in several countries in the holiday season of 2020 and will make the headset available in North America and Europe on November 20, 2020 at an RRP of $159, €179 and £129

19 people are talking about this

Neither Sony or Microsoft have officially announced the prices of their respective upcoming consoles. But the Xbox Series X is expected to undercut the PS5 by $100, which going by this leak would price it at $399.

But that means it would end up competing directly with the PS5 Digital Edition’s price. While some people still want a disk drive as they will use their PS5 as part of an entertainment system rather than just a games machine, others might feel the need for a disk drive isn’t relevant anymore in a world awash with digital downloads. As such, the PS5 Digital Edition could be very appealing and keenly priced at $399.

However, Microsoft might be working on its one digital-only next-generation games console in the form of the Xbox Series S. Also known as Xbox Lockhart, this console is slated to be a cutdown version of the Xbox Series X that’s expected to be offered at a significantly cheaper price, potentially $200. The idea is to entice people who want to experience next-generation gaming but don’t want to pay some $400 for the privilege.

We’ll have to wait for official prices from both Sony and Microsoft before we’ll know for sure how much the upcoming consoles will cost. But so far it looks like the PS5 will be the more expensive machine.